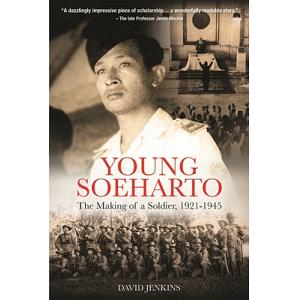 When a reluctant President Sukarno gave Lt Gen Soeharto full executive authority in March 1966, Indonesia was a deeply divided nation, fractured along ideological, class, religious and ethnic lines. Soeharto took a country in chaos, the largest in Southeast Asia, and transformed it into one of the “Asian miracle” economies—only to leave it back on the brink of ruin when he was forced from office thirty-two years later. Drawing on his astonishing range of interviews with leading Indonesian generals, former Imperial Japanese Army officers and men who served in the Dutch colonial army, as well as years of patient research in Dutch, Japanese, British, Indonesian and US archives, David Jenkins brings vividly to life the story of how a socially reticent but exceptionally determined young man from rural Java began his rise to power—an ascent which would be capped by thirty years (1968–98) as President of Indonesia, the fourth most populous nation on earth. Soeharto was one of Asia’s most brutal, most durable, most avaricious and most successful dictators. In the course of examining those aspects of his character, this book provides an accessible, highly readable introduction to the complex, but dramatic and utterly absorbing, social, political, religious, economic and military factors that have shaped, and which continue to shape, Indonesia.