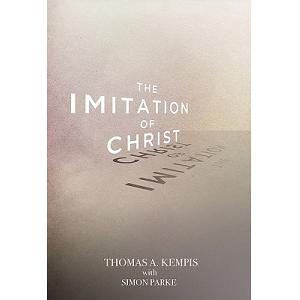 The Imitation of Christ

'The Imitation of Christ' first appeared 1418. It was published anonymously but spread quickly around Europe. A Latin manuscript from 1441 exists, but there was a German translation as early as 1434. A French translation appeared in 1447, a Spanish edition in 1482, and an Italian one in 1488. The first English translation appeared in 1503, which was just Book 4, but the other three books followed in the same year and a complete translation appeared in 1556. In 1663, an Arabic edition was printed in Rome, and in 1837, a Hebrew version printed in Frankfurt. It has since been translated into many languages, and has won for itself a variety of celebrity admirers. John Wesley and John Newton were men of the Evangelical wing of the Church yet both named this Catholic manual as important in their conversion, while General Gordon took it into battle with him. Thomas More, St Francis Xavier and Dr Johnson were other famous devotees. The work is comprised of four books, though they are not all found in all manuscripts, and neither are they always in the same order. This makes little practical difference to the reader, however. This manual of devotion is pitched at a challenging level of Christian experience, but does not offer an ordered journey. Like a merry-go-round, the same themes are visited again and again throughout the books; Thomas is a teacher who believes in repetition. Book 4 is unique in that it has a specific subject, the Eucharist, and explores our attitudes towards the bread and wine. But even here, the author weaves in themes familiar from the other three books: human worthlessness, the need for humility, advice on temptation and adversity, disdain for the attractions of the world, contempt for scholarship, sorrow for sin, forgiveness of perceived injustice, submission to God in all things and ardour for union with the life of Jesus in his death and resurrection. There is a manic-depressive feel to much of the writing, which can be disturbing for the modern reader. Although Thomas calls Christians to an equanimity that is neither too happy when things go well or too sad when things go badly, the author's own mood tends to be either one of extreme despair and self-hate or an ecstatic happiness at the sweetness of God and the joy to be found in him. To an extent, this mirrors the character of the God he describes who both loves us unendingly whilst also preparing eternal punishment for the unfaithful. Kempis offers no resolution to this paradox; but sensed in all he writes is the fire of personal dismantlement through which humans must walk in the cause of their spiritual development. Here is a radical and disturbing self-help book, penned for the 14th century monk. Thomas writes as a monk for monks, but clearly his passion and insights spill well beyond the cloistered world of the monastery. One writer called it 'The diary of a soul on its way to perfection, ' which captures well the author's spiritual ambition both for himself and others. As he himself says in the second book, 'Disdain that which is superficial, dedicate yourself to your inner being and you shall see that the Kingdom of God grows inside you.' St Augustine was patron of Thomas' monastery and it was he who famously said, 'Oh God, you have made us for yourself and our hearts are restless until they find their place in you.' The restless Thomas a Kempis could not have agreed more.