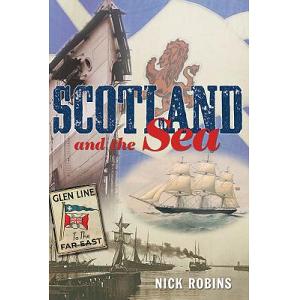 Scotland and the Sea: The Scottish Dimension in Maritime History

Scotland's maritime heritage is a highly significant one, embracing as it does a quite outstanding contribution to Britain's development both as an empire and as the world's leading maritime power in the nineteenth century.

Scottish engineering, ship owning and operating, as well as business and entrepreneurial skills, played a major part in the success of the Merchant Navy, while Scottish emigrants took skills to every corner of the world, creating trade and wealth both abroad and at home. In terms of engineering, 'Clyde-built' was the Kite Mark for the shipbuilding industry the world over. Scottish shipowners included household names such as Allan, Anchor, Donaldson and Henderson, while Scotsmen were instrumental in founding and, for much of the time, managing Cunard, British India, P & O, Orient, Glen and many other 'English' companies.

The author tells an exhilarating story of energy and inventiveness, describing the remarkable navigational skills of the highlanders and the technological and business skills of the lowlanders, and relates the early development of the steamship, the impact of emigration, the involvement with exploration and the development of trade routes, and the final flowering of the world's last great iron sailing ships. And the evidence is still here, in the Cutty Sark, the Denny test tank at Helensburgh, and the Burrel Collection at Pollock, all reminders of a remarkable story.