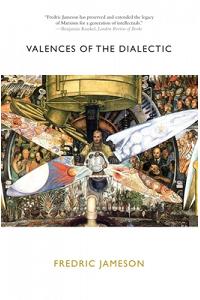 Valences of the Dialectic

After half a century exploring dialectical thought, renowned cultural critic Fredric Jameson presents a comprehensive study of a misunderstood yet vital strain in Western philosophy. The dialectic, the concept of the evolution of an idea through conflicts arising from its inherent contradictions, transformed two centuries of Western philosophy. To Hegel, who dominated nineteenth-century thought, it was a metaphysical system. In the works of Marx, the dialectic became a tool for materialist historical analysis. Jameson brings a theoretical scrutiny to bear on the questions that have arisen in the history of this philosophical tradition, contextualizing the debate in terms of commodification and globalization, and with reference to thinkers such as Rousseau, Lukacs, Heidegger, Sartre, Derrida, and Althusser. Through rigorous, erudite examination, Valences of the Dialectic charts a movement toward the innovation of a "spatial" dialectic. Jameson presents a new synthesis of thought that revitalizes dialectical thinking for the twenty-first century.