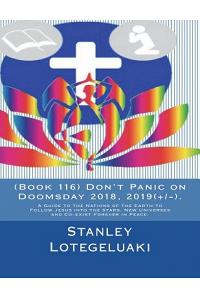 Multitudes, multitudes in the valley of decision ( Joel 3:14). What are you supposed to decide on? The decision is whether you want to live forever- have eternal life in paradise, in a wonderful place beyond the human imagination, in a mansion as Jesus Christ called it, or you can decide to live forever in the Lake of fire, being burned alive, where your skin will never fall off, & you feel the pain of being burned at the stake- forever & ever. Those are your only choices. Now some people will find this choice difficult, others who are sensible will find it easy. These are the things that will make it difficult to make the choice. (1) Political reasons- (a) Jesus is a Jewish God & I am a Moslem. Islam hates the Jewish people & to find out that you have been believing in the wrong religion is too painful, so it is better to be burned alive forever then to give up my pride& serve Jesus Christ. (b) Christians have done evil things throughout history (c) Jesus Christ dissolved my nation (d) Jesus is Socially Conservative & doesn't believe in hedonism & the sexual revolution. (e) Jesus is Fiscally liberal & loves the poor (f) The Catholics have done wickedly with the Inquisition & the Pedophile scandal. (actually Satan is responsible)- If you disagree with Jesus Christs vision of morality or what is good or bad, you can send your complaints to the grim reapers- the four Angels from the Euphrates who will kill 1/3 of the human race.Those are some of the reasons people will decide to be burned alive forever & ever. But after being burned, let say, for a trillion years- & you decide that it really was not worth it, that your decision was frivolous, you will find out that you cant come out of the Lake of fire- a trillion years is just the beginning. So make your choice wisely today while you still have the chance. The Bible says 1/3 of the human race will choose wrong. They did not take the warning of the coming day seriously. What will happen to those who choose correctly. When Jesus arrives, He will heal the sick, the crippled, the blind, the paralyzed & for those who are slaves to work- He will provide Antigravity vehicles, a machine like the Replicator on Star Trek that will provide all the food you need instantly from dirt, or change dirt molecules into cars, trucks, fuel, or a battery that uses gravitational waves as a source of energy- no more fossil fuels to destroy the planet. Jesus will give us Teleportation around the planet, & across the universe- faster then the speed of light. Instant travel to other galaxies. Also He will give us Space ships-Africa has ordered space ships some 7000 miles long lion ships, to 1 mile long Tiger ships- billions of these ships materializing out of thin space from Jesus & Angel technology. Africa has also asked that Jesus instantly materialize cities across the continent- that way we wont have to build our own cities or houses. Jesus is God & He can do anything. Africa has also asked for Force Fields- such that they could be the new plastic, or forcefields around spaceships so we can go through Black Holes & survive or go through Stars & survive. We can build houses out of force fields or make beds, cars, cups, plates, clothes etc etc. Also Jesus will give us The Education machine that takes Computer data& inserts it into our memory. No more school. Jesus will also give us Robots, with true Aritificial Intelligence. Do household chores to anything you want. These robots can be made out of forcefields, so you can carry them in your pocket, but able to move a mountain. Then the nations will be given billions of galaxies with billions of earths in this universe before it collapses. After that the Church & Israel own a googolplex universes for the nations.& we will live forever & ever on earthly universes or go to heaven in unknown realms of pleasure. So make your choice wisely. Multitudes, Multitudes in the Valley of decision: for the day of the Lord is near in the valley of decision. (Joel 3:14