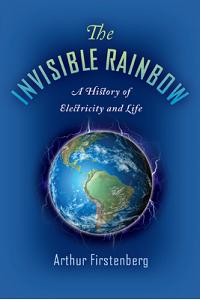 The Invisible Rainbow: A History of Electricity and Life

The most misunderstood force driving health and disease

The story of the invention and use of electricity has often been told before, but never from an environmental point of view. The assumption of safety, and the conviction that electricity has nothing to do with life, are by now so entrenched in the human psyche that new research, and testimony by those who are being injured, are not enough to change the course that society has set. Two increasingly isolated worlds--that inhabited by the majority, who embrace new electrical technology without question, and that inhabited by a growing minority, who are fighting for survival in an electrically polluted environment--no longer even speak the same language. In The Invisible Rainbow, Arthur Firstenberg bridges the two worlds. In a story that is rigorously scientific yet easy to read, he provides a surprising answer to the question, "How can electricity be suddenly harmful today when it was safe for centuries?"

SERVICE
Learn more
Books by the same author
See all ››
DELIVERY BY: