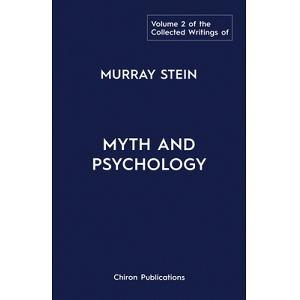 The Collected Writings of Murray Stein: Volume 2: Myth and Psychology

Dr. Murray Stein's prolific career has produced a substantial body of writings, lectures, and interviews. His writings, captured in these volumes, span a wide domain of topics that include writings on Christianity, Individuation, Mid-life, the practice of Analytical Psychology, and topics in contemporary society. His deep understanding of Analytical Psychology is much more than an academic discourse, but rather a deeply personal study of Jung that spans nearly half a century.

This volume of the Collected Writings consists of psychological reflections on classical mythology for insight into archetypal structures and dynamics that play out in contemporary life. Mythology is an important resource for depth psychology, and the works included in this volume are a contribution to the archetypal perspective on psyche inspired by the works of C.G. Jung, James Hillman, and Raphael Lopez-Pedraza.

The Devouring Father: A Myth of Repression

1. A Portrait of the Father-Devoured Personality

2. The Devouring Father in Greek Mythology

Hephaistos: A Mythic Image for the Instinct of Creativity

1. The Mythic Image of Hephaistos

2. The Underground Forge of Creativity

3. Hephaistian Art and the Feminine

5. Hephaistos and His Brother

6. The Loves of Hephaistos

Narcissus: A Mythic Image for the Instinct of Reflection

1. The Story and Its Interpreters

Hera: A Mythic Image for the Instinct of Mating in Matrimony

1. Hera as Archetypal Image of the Mating Instinct

2. The Phases and Rhythms of Hera

The Paradox of Jealousy

3. The Conflict between Hera and Aphrodite

4. The Wanderings of Hera

5. A Child of Jealousy: Harmonia

Chapter 2: Burying the Dead: The Entry into the Midlife Transition

Chapter 3: Liminality and the Soul

Chapter 4: The Return of the Repressed During Midlife Liminality

Chapter 5: The Lure to Soul-Mating in Midlife Liminality

Chapter 6: Through the Region of Hades: A Steep Descent in Midlife's Liminality

Chapter 7: On the Road of Life After Midlife

4. Interpretation and the Language of Psychology