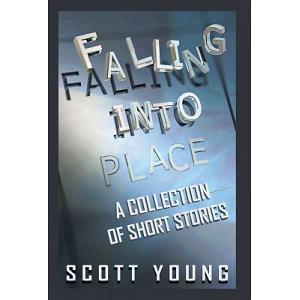 Falling Into Place: A Collection of Short Stories

A collection of five unusual and twisted short stories introducing original characters and the worlds they live in.

Joshua Constantine is a ruthless, wealthy entrepreneur searching for his soulmate, by any means necessary.

When Tommy "Two Fists" McCabe, an enforcer for the mob, is tasked with finding the lost daughter of a U. S. senator his search uncovers a bigger, more bizarre secret.

After Kurt Sheppard's wife is killed by a bloodthirsty murderer, his friend Police Detective Jeff Mancini tries to find the perpetrator with a tenacity bordering on obsession. The investigation leads him down unexpected paths ripe with surprises, betrayals and a deadly conspiracy.

After a near death experience Sidney Rosenthal's world has turned upside down. Now he must choose whether to keep the status quo or bravely step into an uncertain, and possibly deadly, new life.

A caring psychologist with a troubled past uncovers a deadly secret about the government agency for which she recently started working.

These stories written by author Scott Young feature both criminals and crime-fighters, normal people and those with special powers.

They outline the dark, entertaining vision of a talented new writer.

Scott Young has been developing stories and original characters since he first fell in love with comic books at age 10. Despite a few detours over the years, he has never stopped creating his unique vision and now focuses solely on writing.

He has a nomadic heart, moving over 20 times in his life and never settling down for too long. Currently, he resides in Lehighton, Pennsylvania where he spends his days creating new and exciting worlds.

He is a United States Army Veteran and attended two prestigious art schools, Pratt Institute and The Joe Kubert School. Scott has also worked as a Production Artist for DC Comics.

Disabled with permanent nerve damage in his right arm since 2010, Scott strives to be creative everyday despite his limitations.