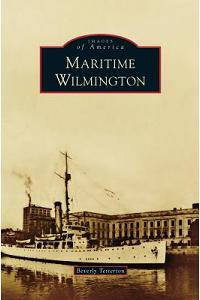 Incorporated in 1739 on the east bank of the Cape Fear River, Wilmington lies 28 nautical miles from the Atlantic Ocean. The city grew to become the largest in the state before the Civil War, and it remained so until the second decade of the 20th century. In 1840, Wilmington became the terminus of the state's first railroad, and the port grew dramatically. From the Civil War until World War I, naval stores, cotton, and fertilizer were the major reasons for ships to call from all over the world. Since 1789, a US Coast Guard cutter has been docked in Wilmington on the government wharf in front of the US Custom House. People began to look to the river as a place of recreation after the US Battleship North Carolina found a permanent berth on the west side of the river in 1961. What was once a busy harbor is now a scenic draw for tourists and locals who enjoy visiting the old city.