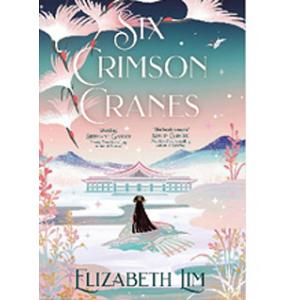 This book is really fun! And, beautifully written. Princess Shiori is rebellious. She is the youngest out of seven royal children, and the only girl as well. With six older brothers to look after the kingdom and her, Shiori can do whatever she wants. Unfortunately, she is still bound to some royal duties - one of them being betrothed to an unknown stranger named Takkan. Shiori would do anything to get out of that betrothal, which seemed like the biggest issue in her life... until, she discovered a horrible secret and ended up being cursed. She had a bowl stuck to her head, concealing her identity, and her six brothers were turned into cranes. If Shiori uttered a single word, one of... See More

her brothers would die. Now, being cast from being on top of the world to being stranded nowhere, the seven siblings had to find their way home and break their curse. This book is a wild adventure, and it takes time to digest it. Simply because it's really fun. Highly recommended.
0 Comments
Showing 1 to 1 of 1 (1 Pages)
Are you sure you want to delete this review?
Share your thoughts with other customers:
Write a Customer Review