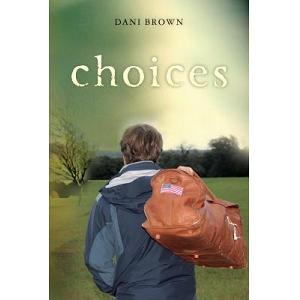 After his mother dies from a "three strikes" health care rule, fourteen-year-old Cody loses faith in his physician father who, despite his best efforts, was unable to save her.

Three years later, as a seventeen-year-old high school senior, Cody must decide whether to continue to care for his younger sisters or pursue his own dreams of attending college. His decision is further complicated when he finds a disturbing letter meant for his father.

Choices become even more limited when his father tells him the government has demanded he work for them. Uncertain of their future in America, Cody's dad decides the family must escape to Canada. The children are admitted to America's northern neighbor due to a computer glitch, but their father is arrested by government agents.

Cody and his sisters are desperate to help their remaining parent, and the struggle ahead of them will see them face the most difficult decisions of their young lives.

In the vein of The Giver and The Swiss Family Robinson, Choices is a dramatic coming-of-age tale that tackles challenging social issues against a rich backdrop of adventure and suspense.