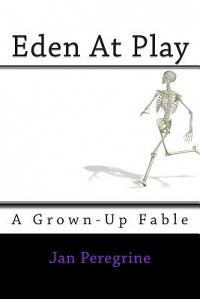 Eden at Play: A Grown-Up Fable

This thought-provoking novella is an extensive update or re-imagining of my 1999 novella Eden in Limbo. It is told in three sections, the first from the perspective of a spiritual guru-type and the next two from many other amusing characters who listen to the guru and observe the strange things that happen, such as a mad monk holding the guru at gunpoint and later stalking a journalist. Eden at Play is religious satire, but also has spiritual depth to make readers think about life and their faith or nonfaith. Poetry is included as well as a short, poetic version of the story that has a curious child asking his parents questions about the mythological Garden of Eden and death. It's very sensitively described and life-affirming. I also include most of the brief epilogue from the 1999 novella, reflections of my journey as a writer and recommendations of books mentioned in the novella.