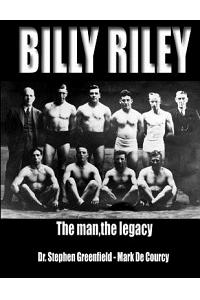 Billy Riley - The Man, the Legacy

Billy Riley, born at the end of the 19th century in Lancashire, would grow up to become one of the most famous Lancashire Catch as Catch Can wrestlers in the world. His gym, known as the 'Snakepit' throughout the world, but locally as 'Rileys gym' produced British, European and World champions.Students such as Karl Gotch, Billy Robinson and Roy Wood had achievements and influence in the spheres of Professional Wrestling, MMA and Freestyle Wrestling. Billy Riley's legacy continues today with the rebirth of the art of Lancashire Catch as Catch Can wrestling. This book tells the story of the man, his gym and his legacy in the form of the many wrestlers he taught. The book also charts the revival of the Lancashire art in its home, Wigan.