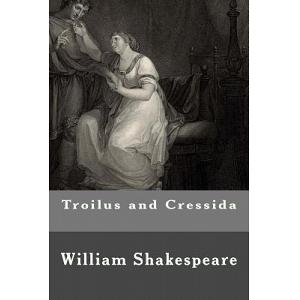 Troilus and Cressida is a tragedy by William Shakespeare, believed to have been written in 1602. It was described by Frederick S. Boas as one of Shakespeare's problem plays. The play ends on a very bleak note with the death of the noble Trojan Hector and destruction of the love between Troilus and Cressida. Throughout the play, the tone lurches wildly between bawdy comedy and tragic gloom, and readers and theatre-goers have frequently found it difficult to understand how one is meant to respond to the characters. However, several characteristic elements of the play (the most notable being its constant questioning of intrinsic values such as hierarchy, honour and love) have often been viewed as distinctly "modern," as in the following remarks on the play by author and literary scholar Joyce Carol Oates: Troilus and Cressida, that most vexing and ambiguous of Shakespeare's plays, strikes the modern reader as a contemporary document-its investigation of numerous infidelities, its criticism of tragic pretensions, above all, its implicit debate between what is essential in human life and what is only existential are themes of the twentieth century. ... This is tragedy of a special sort-the "tragedy" the basis of which is the impossibility of conventional tragedy Troilus and Cressida is set during the later years of the Trojan War, faithfully following the plotline of the Iliad from Achilles' refusal to participate in battle, to Hector's death. Essentially, two plots are followed in the play. In one, Troilus, a Trojan prince (son of Priam), woos Cressida, another Trojan. They have sex, professing their undying love, before Cressida is exchanged for a Trojan prisoner of war. As he attempts to visit her in the Greek camp, Troilus glimpses Diomedes flirting with his beloved Cressida, and decides to avenge her perfidy. While this plot gives the play its name, it accounts for only a small part of the play's run time. The majority of the play revolves around the leaders of the Greek and Trojan forces, Agamemnon and Priam, respectively. Agamemnon and his cohorts attempt to get the proud Achilles to return to battle and face Hector, who sends the Greeks a letter telling them of his willingness to engage in one-on-one combat with a Greek soldier. Ajax is originally chosen as this combatant, but makes peace with Hector before they are able to fight. Achilles is prompted to return to battle only after his dear friend and possible lover, Patroclus, is killed by Hector before the Trojan walls. A series of skirmishes conclude the play, during which Achilles catches Hector and has the Myrmidons kill him. The conquest of Troy is left unfinished, as the Trojans learn of the death of their hero. The play is believed to have been written around 1602, shortly after the completion of Hamlet. It was published in quarto in two separate editions, both in 1609. It is not known whether the play was ever performed in its own time, because the two editions contradict each other: one announces on the title page that the play had been recently performed on stage; the other claims in a preface that it is a new play that has never been staged. The play was entered into the Register of the Stationers Company on 7 February 1603, by the bookseller and printer James Roberts, with a mention that the play was acted by the Lord Chamberlain's Men, Shakespeare's company. No publication followed, however, until 1609; the stationers Richard Bonian and Henry Walley re-registered the play on 28 Jan. 1609, and later that year issued the first quarto, but in two "states." The first says the play was "acted by the King's Majesty's servants at the Globe"; the second version omits the mention of the Globe Theatre, and prefaces the play with a long epistle that claims that Troilus and Cressida is "a new play, never staled with the stage, never clapper-clawed with the palms of the vulgar."