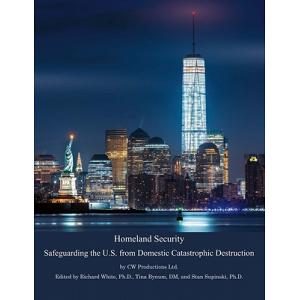 Welcome to the third edition of our textbook. As indicated by the new title, this edition is significantly different than the previous two, and accordingly stocked with mostly new material. Whereas the first two editions described "what" was being done in the name of homeland security, this one explains "why." In keeping with our previous approach, we do not ascribe ourselves as "authors" but "editors" because the bulk of material is drawn directly from government documents, either primary sources or publicly available derivatives. Two of our foremost derivative sources were reports published by the Congressional Research Service (CRS) and Government Accountability Office (GAO). They have access to information, unclassified as it may be, well beyond the means of the general public. We would also like to acknowledge the many public websites that were also instrumental in completing this text. And while we were only "editors," we think this book offers its own unique contributions to the field of homeland security. First, it delivers both a comprehensive yet concise treatment of a very broad subject spanning numerous separate fields, from national security to military operations to law enforcement to emergency management, to name only a few. Second, and most importantly, it offers insight into the exact nature of homeland security. Because it was brought to the forefront of national attention by an act of terrorism, homeland security has become confused with terrorism. While terrorism certainly remains a concern to homeland security, it is not the root concern. As we try to make eminently clear in this textbook, the homeland security concern predates 9/11, stemming back to the 1995 Tokyo Subway Attacks which saw the first employment of a weapon of mass destruction by non-state actors. As our title suggests, the homeland security concern is domestic catastrophic destruction. 9/11 demonstrated how it could be achieved by subverting critical infrastructure. Hurricane Katrina demonstrated how it could be accomplished without malicious intent. While we give due attention to the terrorist motive, we don't give it the undue attention it has gained by becoming almost synonymous with homeland security. In this regard, we hope to set the record straight and make it clear what homeland security "is," and what it "is not." Homeland security is not terrorism, nor is it mass killings. While closely related, homeland security, terrorism, and mass killings are distinctly separate. We hope to demonstrate that in this book. More importantly, we hope to impart a clarity of understanding that will give you, the reader, a corresponding advantage in your academic and professional pursuits supported by this knowledge.