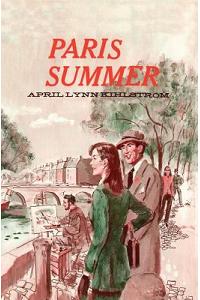 Or   432 PEC Points
Currently Unavailable
If stock becomes available, email me at:

Janine always envied her younger sister, Rena, who, at twenty, had all the freedom, male companionship, and self-confidence that Janine lacked. Living in romantic Paris, Rena was a freelance journalist and was engaged to Mark Renaud, a mathematician. Unhappy with her life, Janine, a math teacher in a small New York college, decided to visit her sister for the summer.

Soon after Janine s arrival, Rena left for Switzerland on an assignment. But Janine much to her surprise, as her sister had always been considered the pretty one in the family did not lack male friends. Handsome, wealthy Sandy seemed determined to sweep her off her feet. Although Janine welcomed his attentions, she was not sure of the depth of her feelings for him. Fortunately Mark was available as an impartial witness surely he could help the girl sort out her feelings.

Janine and Mark shared an interest in museums and math, and saw each other often. When Janine renewed her friendship with Helene, whom she had known in the U.S., she met her attractive brother, Jacques, who took a personal interest in the girl and her problems.

Rena s extended vacation in Switzerland worried Janine, but she was sure her sister could take care of herself. Since her vacation was half over, Janine decided to do some traveling but before she left, she had startling news from Rena and a surprising discovery of love."