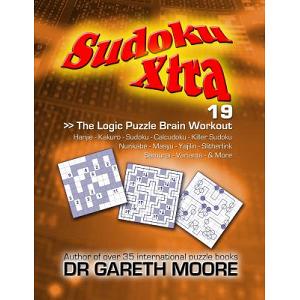 Sudoku Xtra 19 features 144 varied hand-crafted and language-neutral logic puzzles of over 50 different types, all with a unique solution which can be found without ever needing to guess.

Path-finding Ultimazum is back by popular demand and this issue also introduces Kropki Sudoku and Sudoku XV along with my own Integer Multiple Sudoku. Plus there's a twist on an existing popular type with Non-consecutive Sudoku.