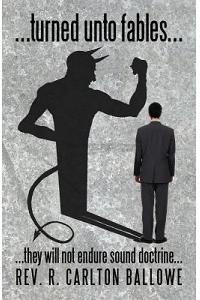 We have reached the point the Apostle Paul warned about. "For the time will come when they will not endure sound doctrine; but after their own lusts shall they heap to themselves teachers, having itching ears; And they shall turn away their ears from the truth, and shall be turned unto fables."

Technological advances gave us mass media, modern transportation, and televangelism. Finally, churchgoers didn't have to wait for the itinerant preacher or attend the closest church. They could easily drive by several churches on their way to the one of their choice; or even take in "church" from their own living room by way of a televangelist. Consequently, churches found themselves in intense competition for supporters to fill the pews and coffers. Just as in the corporate world, market share depends on one's ability to offer a product that is more appealing than the one offered by the competition. This resulted in established doctrines being compromised and/or new ones being invented, all for the sake of appeal. When we allow appeal to systematically influence the formulation of doctrine it doesn't just invite error, it invites evil. Sound doctrine devolves into "the doctrines of devils." That is where much of the church finds itself today; the "blind are leading the blind" in promoting "the doctrines of devils" and paving the way for the Antichrist. "Even him, whose coming is after the working of Satan with all power and signs and lying wonders, And with all deceivableness of unrighteousness in them that perish; because they received not the love of the truth, that they might be saved. And for this cause God shall send them strong delusion, that they should believe a lie: That they all might be damned who believed not the truth, but had pleasure in unrighteousness."

This book holds some of the basic doctrines of the church up to the light of God's Word, so the reader can decide if they are "fables," "the doctrines of devils," or truth.