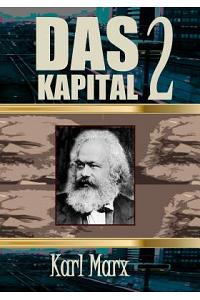 Or   6252 PEC Points
In Stock
If stock becomes available, email me at:

Marx, Heinrich Karl, was born in Trier on May 5, 1818, the son of the lawyer and later counsellor of justice Heinrich Marx, who, as is shown by the baptismal certificate of his son, converted with his family from Judaism to Protestantism in 1824. After concluding his preparatory education at Trier Gymnasium, Karl Marx studied from 1835 in Bonn and then in Berlin, first law and later philosophy, attaining his Dr. Phil. in Berlin in 1841 with a dissertation on the philosophy of Epicurus. In the same year he moved to Bonn in order to qualify as a lecturer, but the obstacles which the government laid in the path of his friend Bruno Bauer, officially there as lecturer in theology, which culminated in Bauer's removal from the university, soon made it clear to him that there was no room for him at a Prussian university. - This was the time when the younger elements of the radical bourgeoisie of the Rhineland, tinged with Young Hegelianism, urged, in agreement with the liberal leaders Camphausen and Hansemann, the publication of a big opposition paper in Cologne; Marx and Bauer were also consulted as capable main contributors. A concession - necessary at that time - was quietly obtained by a devious route, and the Rheinische Zeitung appeared on January 1, 1842. Marx contributed lengthy articles from Bonn for the new paper; foremost among these were: a critique of proceedings in the Rhine Province Assembly, a study of the situation of the peasant vintners on the Mosel, and another on wood theft and the relevant legislation. In October 1842 he took over the management of the paper and moved to Cologne. From this point the paper adopted a sharply appositional character. But the management was so adroit that despite first double censorship, and then triple censorship, imposed upon the paper (first the ordinary censor, then the Regierungsprasident, and finally a Mr. von Saint-Paul dispatched ad hoc from Berlin), the government found this sort of newspaper hard to deal with and therefore decided to forbid further publication of the paper as of April 1, 1843. Marx's resignation from the editorial board on this date bought a three months' stay of execution, but then the paper was finally suppressed.