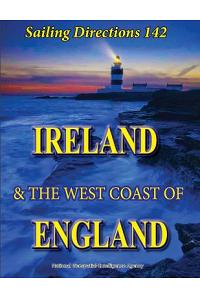 Sailing Directions 142 Ireland and the West Coast of England