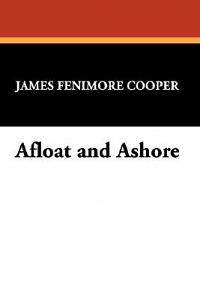 Or   1326 PEC Points
In Stock
If stock becomes available, email me at:

""Afloat and Ashore"" was written in 1844. It was an autobiography, and the first attempt at that form of narrative, by the same pen. The interest of these volumes flows from the series of sketches connected with the earliest years of the country in its existence as an independent nation, both afloat and ashore. The scene opens on a farm, lying on the western bank of the Hudson, and belonging to Ulster County, in the year 1794, at a day when the ripe grain and fragrant swathes of grass fell before long rows of reapers and mowers, slowly treading the fields at a rhythmic pace; when foaming waters moved the mill wheel; when milk-maids were seen in barn-yards; a period, in short, preceding the unpicturesque modern era of the mowing machine, the steam-mill, and the cheese factory. The few touches of farm life given in the autobiography were such as the author had been familiar with in his own youth. He knew the older counties in the State of New York, as well as the new region around Lake Otsego. Those older counties were few indeed, in the writer's boyhood; in the year 1794 there were just a score of counties, all told; to day it requires a severe lesson in geography to name and bound all the sixty counties of the State. With the noble banks of the Hudson, the pleasant homes of Westchester, and the x] level fields of Long Island, the author was familiar; and it was an amusement to recall a state of things very different, in many respects, from that which existed when he sat st his writing-table in the library of Otsego Hall, some fifty years later. But from the Ulster County farm we are soon taken to sea, We follow young Wallingford, his friend Rupert, and the negro Ned, on hoard an Indiaman, the John. We are no longer ""ashore."" And once ""afloat,"" we have no lack of stirring adventures, all tinged with the marine coloring of the period, and all interesting from their variety.