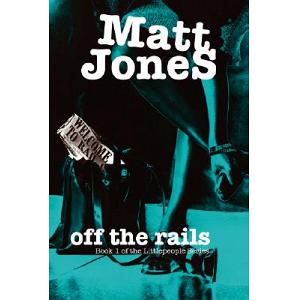 Off the Rails: Book 1 of the Littlepeople Series

Many years ago, a highly intelligent race of people living in China discovered a fault with the Earth's natural orbital trajectory which, if left unresolved, would result in the world ending in the mid twenty-first century.

The leaders of these people, whilst travelling the world in search of a solution to the problem, arrived in London. Here they stumbled on the theory that if they created vast but subtle movements across the Earth's surface, then such weight-shifts would have a reasonable bearing on the rate at which the Earth rotates, and thus would alter its orbital path. To provide this weight, a project named 'Commuters' was created, so called due to a misprint of Computers. This was performed by building a railway infrastructure throughout the land and simultaneously inventing a large number of excitingly named, well paid, but virtually harmless jobs. This created both the demand and the mechanism for many people to travel in the same direction at a given time of day.

The group of pioneers were adamant that the real reason for their work should not be made public, yet at the same time the project needed to be monitored. To satisfy this, an organisation called the Littlepeople was created, whereby those directly involved with the project took 'invisible' jobs within society. From these positions, they could easily observe their work without fear of detection themselves. They therefore occupied jobs that are commonly labelled 'working class' or 'unskilled' as they were unlikely to be noticed by the Commuters within these positions.