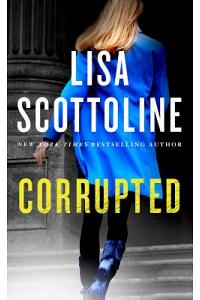 Blockbuster bestselling author Lisa Scottoline is back with Corrupted, a novel of breathtaking legal suspense about one woman's fight for justice--at all costs.

As the founder of the all-female Rosato & DiNunzio law firm, Bennie Rosato hides her big heart beneath her tough-as-nails exterior, and she doesn't consider failure an option. But Bennie was never able to do right by Jason Lefkavick, who was sent to a juvenile detention center for defending himself against a class bully. Years later, the case still haunts her. And now that Jason has ended up in trouble again, Bennie sees no choice but to help him.

Jason, who has spent most of his life in and out of prison, has been indicted for killing the same man who bullied him as a kid. Even though Bennie doesn't know whether to believe Jason's claims of innocence, she knows she owes him for past failures--of the law, of the juvenile justice system, and of her own. Forced to relive the darkest period of her life, Bennie will do everything in her power to find the truth. Even if doing so means risking what matters most to her. Because there are a few secrets Bennie has herself...and one man who is at the center of them.

"Fans will be on the edge of their seats."--Library Journal (starred review)

Annotation
"New York Times"-bestselling author Scottoline delivers the third novel in her popular series. When a client Bennie Rosato unsuccessfully defended is indicted for murdering the same bully he fought as a 12-year-old, she sees no choice but to represent him. Martin's Griffin.