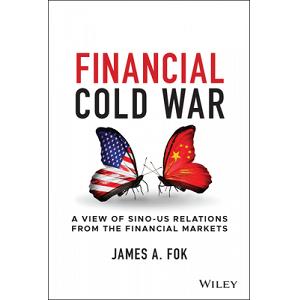 Financial Cold War: A View of Sino-Us Relations from the Financial Markets

Since the 2008 Global Financial Crisis, tensions between China and the US have risen sharply. The rhetoric on both sides has escalated since the launch of Donald Trump's Trade War and, even with Joe Biden's election, it does not appear that there will be any substantial change in American policy towards China. Some have claimed that the two countries are now in a new "Cold War," or worse, that they are headed towards inevitable military conflict. Financial Cold War looks at Sino-US relations through the lens of financial markets, helping readers to understand how imbalances in the structure of global financial markets have led to the current geopolitical tensions between the two countries.

Tracing back through the history of the development of financial markets in both countries and of the current US dollar-based global financial system, the book highlights how the structure of world financial markets is fanning the flames of global tensions. It presents geopolitical developments between China and the West from the 18th century to the present day, and also looks at the role of technology, innovation, regulation, taxation and politics in markets, and how markets, in turn, have impacted policy.

Drawing on unique insights from close to a decade negotiating the integration of Mainland Chinese and international capital markets, the author presents an in-depth analysis of the global financial system as we know it today and questions long-held beliefs that underpin it. In particular, he highlights the:

In the concluding chapters, the author proposes structural reforms to enable a peaceful rebalancing of the system and offers some insights to assist policymakers in both the East and the West in the extremely difficult task of smoothing the course of China's integration into the international financial system during a tricky period of geopolitical adjustment.