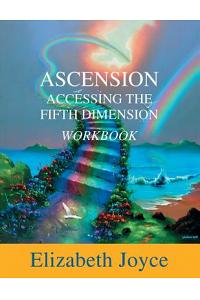 In addition to the normal Chakra Energy System there exists an extended chakra system, the Spiritual Chakras, which is just now coming into humanity's awareness. This energy system is latent in most people; however, as more people advance spiritually and begin to Ascend and raise their vibrations, this extended energy system begins to unlock the golden door. This new system, a natural part of the Fifth Dimension, is the next step in the Spiritual evolution of the planet. In ancient times, the great Masters of Atlantis, as well as many other teachers along the way, were accessing this powerful energy system. In the past, the Fifth Dimension energies have not been available to all, but only to the chosen few. Now, the time has arrived for others to become aware of this system and reap the rewards of using it in their daily and spiritual lives. The present understanding of the chakra system gives you seven plus one, foot to crown. The extra chakra, Chakra Zero, is your Earth-grounding center and is located at the balls of both feet. Above the Crown Chakra are four more, numbered eight and then ten to twelve. The Ninth Chakra is located at the base of your skull at the back of your head, and the Eight and One-Half Chakra is extended about eight feet out from behind your head, forming a Triad between the Eighth and Ninth Chakras. The main purpose of these extended chakras, which have always been a part of the human energy field, is to enable the individual to tune in to his or her inner God-Self, the Divine Will, and even the galactic community that surrounds and supports the Earth in its evolution. The first Chakra Group, zero to seven, the Physical Chakras, are meant to help you with your development regarding the Earth, the Third Dimension; they help you to become One with the planet. Then, the next five chakras, eight to twelve, help you to become One with the Universe. Your awareness is slowly being moved away from your center, your own physical Self, outward to encompass the larger framework of other people, life forces, realities, and divinity itself. In this way, you become more than you were before and more perfect, too. As you stop focusing on yourself and begin to focus on these larger energies, you move out of your small world and step into a new Universe where almost anything is possible. From a reality- creating standpoint this movement in possibilities is very, very powerful. This extended Chakra System aids you in the breaking down of the Self within the confines of time and space. To move outward into other dimensions and realities is to come face to face with the idea that the physical Earth is just one place of many that you could have or can inhabit. In the vast regions of the Universe, you have existences that are just as rooted and meaningful as your present earthbound cohabitation is. There are things that you do in these other realities, just like you do here on Earth, and these things are just as significant as your physical lives. Furthermore, when you begin to glimpse these other realities and see what is happening, a new picture of what is developing begins to take shape. You realize that all your existences are like individual musical instruments in a great orchestra that you are directing and creating. You see yourself as a being that transcends time and the physical body.