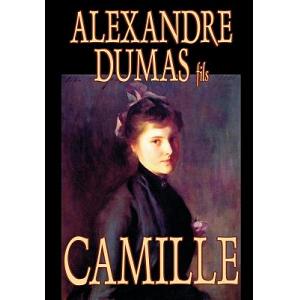 Adapted into a play, it was titled Camille in English and became the basis for Verdi's 1853 opera, La Traviata, Duplessis undergoing yet another name change, this time to Violetta Valéry.

Dumas was born in Paris, France, the illegitimate child of Marie-Laure-Catherine Labay, a dressmaker, and novelist Alexandre Dumas. During 1831 his father legally recognized him and ensured that the young Dumas received the best education possible at the Institution Goubaux and the Collège Bourbon. At that time, the law allowed the elder Dumas to take the child away from his mother. Her agony inspired Dumas fils to write about tragic female characters. In my opinion, it is impossible to create characters until one has spent a long time in studying men, as it is impossible to speak a language until it has been seriously acquired. Not being old enough to invent, I content myself with narrating, and I beg the reader to assure himself of the truth of a story in which all the characters, with the exception of the heroine, are still alive. Eyewitnesses of the greater part of the facts which I have collected are to be found in Paris, and I might call upon them to confirm me if my testimony is not enough. And, thanks to a particular circumstance, I alone can write these things, for I alone am able to give the final details, without which it would have been impossible to make the story at once interesting and complete. . . .