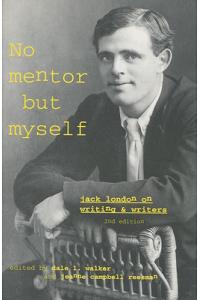 'no Mentor But Myself': Jack London on Writing and Writers, Second Edition

Jack London, one of the most read and recognized figures in American literature, produced an immense body of work, including 22 novels, 200 short stories, memoirs, newspaper articles, book reviews, essays, and poems. A significant and revealing feature of London's literary life lies in his introspective observations on the craft of writing, brought together in this collection of essays, reviews, letters, and autobiographical writings. London's public role as a daring, carefree man of action has obscured the shrewd, disciplined, and methodical writer whose practical reflections and meditations on his profession provide a vivid portrait of the literary industry in turn-of-the-century America. For this edition, a significant amount of new material has been added. Reviews of the First Edition "Dale Walker has rendered a valuable service in his painstaking collection of London's writings about writers. He has included 43 selections, 20 of which are previously uncollected: 13 essays, and excerpts from London's two autobiographical works. The result is a remarkably comprehensive view of London 'the writer's writer.'" --American Literary Realism "An absorbing account of how hard the writer worked to learn his craft. . . . We find a master prose stylist concerned with problems of selectivity and concrete issues of tone, form, atmosphere, and point of view." --Modern Philology "A remarkable collection. . . . This is a firsthand look at a writer's honest and forthright opinions on his craft." --Los Angeles Times