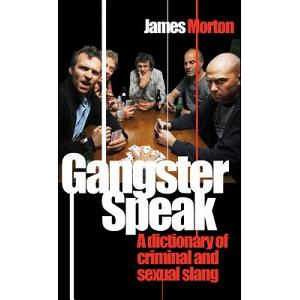 An Aladdin's cave of criminal slang as spoken in the UK, America and Australia. If you're scratching or set tripping, if you're viper mad or coming heavy, if the ming are on the wing and you've no idea what any of this means, then you need "Gangster Speak."

From the shocking to the ridiculous, "Gangster Speak "contains over 2,500 linguistic gems:

A Bernie -- a victim who might be armed and prepared to use a weapon, after Bernard Goetz who killed a robber on the subway

Providing a useful guide to the nicknames of criminals, as well as fascinating word histories and multiple definitions for different uses of a word around the globe, with "Gangster Speak" you'll never be lost for words.