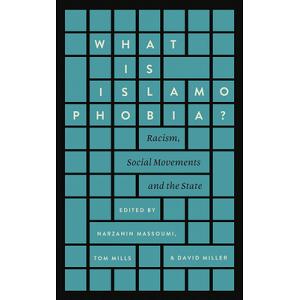 What Is Islamophobia?: Racism, Social Movements and the State

As anti-Muslim undercurrents in the United States and other western societies become increasingly entrenched, the phenomenon of Islamophobia--and the need to understand what perpetuates it--has never been greater. Critiquing mainstream, conservative, and notionally left arguments, What Is Islamophobia? offers an original and necessary alternative to the existing literature by analyzing what the editors call the "five pillars of Islamophobia: " the institutions and machinery of the state, the counter-jihad movement, the neoconservative movement, the transnational Zionist movement, and assorted liberal groups, including the pro-war left and the new atheist movement. Together, the contributors demonstrate that this emergent racism is not simply a product of ideology, but is driven by a combination of social, political, and cultural factors. What Is Islamophobia? concludes with reflections on existing strategies for tackling this growing issue and considers different approaches to countering anti-Muslim prejudice.