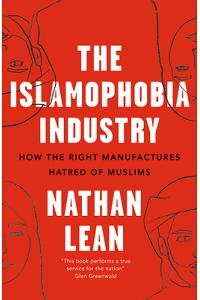 The Islamophobia Industry: How the Right Manufactures Hatred of Muslims

Publication Date: 15 November 2017
It is undeniable that there is a rising tide of Islamaphobia sweeping across the United States and Europe. With The Islamophobia Industry, Nathan Lean takes us through the disturbing worlds of conservative bloggers, right wing talk show hosts, evangelical religious leaders, and politicians--all united in a quest to revive post-9/11 xenophobia and convince their compatriots that Islam is the enemy. Lean uncovers modern scare tactics, reveals each groups' true motives, and exposes the ideologies that drive their propaganda machine.

Situating Islamaphobia within a long history of national and international fears, The Islamophobia Industry challenges the illogical narrative of hate that dominated discussions about Muslims and Islam for too long. With this new, updated edition, Lean includes material on the 2016 election and the rhetoric of fear that contributed to Trump's win, the effects of Brexit and Europe's refugee crisis, and the bleak realities about how the new government shaping the United States will increase racism and hate crime, as we are already beginning to see. He discusses the Islamaphobia industry's most extreme figures: Breitbart writers, Bill Maher, Steve Bannon, Newt Gingrich, and more.

Sharp, intelligent, and shocking, this updated edition offers a timely and in-depth look into the creation and continuation of Islamophobia in the United States and United Kingdom.