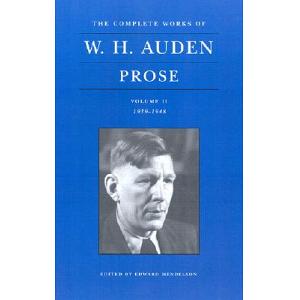 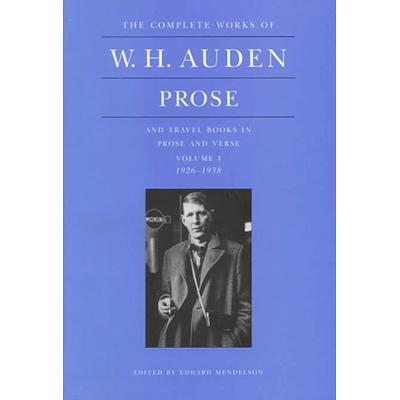 W. H. Auden's first ten years in the United States were marked by rapid and extensive change in his life and thought. He became an American citizen, fell in love with Chester Kallman, and began to reflect on American culture and to explore the ideas of Reinhold Niebuhr and other Protestant theologians. This volume contains every piece of prose that Auden wrote during these years, including essays and reviews he published under pseudonyms. Most have never been reprinted in any form since their initial publication in such magazines and newspapers as the Nation, the New Republic, Common Sense, Vogue, and the New York Times.

Auden's prose during this period is frequently directly autobiographical even as he comments on literature, psychology, politics, and religion. The writings range from a dialogue about W. B. Yeats through a respectful parody of Gertrude Stein to Jamesian essays on Henry James. They also include lively and often profound responses to ancient and modern history as well as to contemporary issues in politics and religion. Other highlights include writings on opera and poetry as well as reports of Auden's lectures and the text of an unfinished autobiographical book, The Prolific and the Devourer. Throughout, Edward Mendelson's extensive and illuminating editor's notes explain all contemporary and private allusions.

By making available a large cache of important but previously difficult-to-obtain writings on key subjects, this volume will be of obvious appeal to Auden's legions of admirers. It will also be enjoyed by everyone interested in twentieth-century literature, religion, and culture.