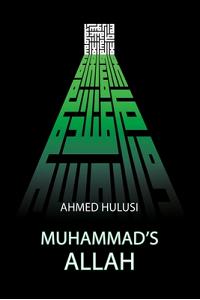 Why not just Allah? Why Muhammad's Allah?This unique book explains that Allah is not a god (deity) and that this god-concept we have all come to embrace, as a result of misleading information and conditioning, is not the Allah expounded by Muhammad (saw).Everyone, from the most learned to the most ignorant, has a concept of God.A God that we love, get angry with, judge and even accuse, at times, for doing wrong by us We imagine this God, who sits on a star in the heavens or dwells somewhere in space, to be like a benevolent paternal figure or a majestic sultan Those with broader views ( ) are well aware, of course, that such a God cannot exist and claim they do not believe in a God, proudly declaring themselves as atheists.Whereas, neither the aforementioned believers who postulate a God with their hearsay knowledge and conditionings, nor the atheists who deny and reject the idea of a God, have any awareness of Allah as explained by Muhammad (saw) So what is the reality of Allah revealed by Muhammad (saw)?Muhammad (saw), who articulated the Quran to us, taught us there is no God, that there is only Allah; that there is a System present within life, by which those who fail to comply, are led to suffer the consequences of their own actions.If we live with the awareness of the existence of an afterlife, our primary concern should be to know Allah and the life awaiting us after death, so that we may prepare accordingly.Taking this into consideration, let us now try to understand the One denoted by the name Allah disclosed by Muhammad (saw).