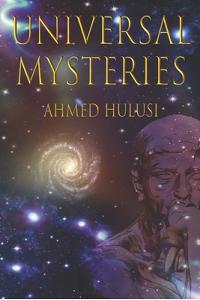 Publication Date: 25 April 2012
Universal Mysteries is a fascinating, and in most ways, a unique book. It provides the answers to many intriguing questions about the origin and the nature of the universe, as well as the purpose of humans. It is an ideal read for contemplative minds seeking to understand the scientific basis of spirituality in a comprehensive and concise way.Over the centuries, Sufism communicated the reality of 'non-duality.' It told us what we observe as the world-out-there is in fact a virtual image and the ultimate reality is the Oneness of all that is. This Oneness, that comprises the essence of all things, can only be realized by getting rid of the delusion of being a separate 'individual.'Today, science also claims the same thing; it reports the universe is a giant hologram. As it turns out, this splendid detailed illusion only looks concrete to us because of our brains' ability to convert a boundless ocean of waves into the projection of what we observe as our physical world.We are in fact creating this quantum reality at all times, as non-local atoms localize and manifest as physical objects at the sight of a conscious observer. In other words, the apparently material world in which we are living is generated by our very act of observing and interpreting.This simply means that our universe and everything dwelling in it has two different aspects to its reality. One is the physical world, or the field of cosmic data receptive to our five senses; and the other is the spiritual world, or the dimension of cosmic energy and consciousness that our sensory perception fails to pick up on In the same way, we can observe ourselves either as physical bodies moving through space and time within the limitations of the five senses. Or we can observe ourselves as masses of wave frequencies within the giant hologram of cosmic energy and consciousness. The former describes a human being having a spiritual experience; the latter describes a spiritual being having a human experience, just like Jem and Alph, the two main characters in "Universal Mysteries."The realities of the quantum (or the spiritual) dimension are different when compared to our physical world of limitations but not separate. In the quantum world all things take on a new meaning. If we can consciously allow our minds to transgress beyond this physical life to which we have become accustomed, we will enter a holographic universe. Here, deep within us, is wholeness, a unified field of limitless possibilities in which every cell in our body has the entire knowledge and energy force of the whole universe. In the quantum world, five-sense limitation is obsolete There are no physical boundaries pertaining to physical bodies or objects anymore Death is no more a reality than the realities of the five-sense world The entire universe is a single intelligent system, a unified 'whole' of which you and I are an integral part. In fact, there is no 'you' and 'I', and hence there are no 'egos; to defend and prove right or 'individuals' to protect and comfort. Here, there is only One. Here, is 'non-duality.'These are the universal realities Jem is presented by his galactic friend Alph in 'Universal Mysteries'.