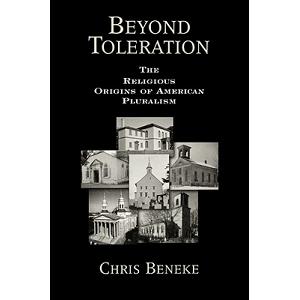 Beyond Toleration: The Religious Origins of American Pluralism

At its founding, the United States was one of the most religiously diverse places in the world. Baptists, Methodists, Catholics, Episcopalians, Presbyterians, Congregationalists, Quakers, Dutch Reformed, German Reformed, Lutherans, Huguenots, Dunkers, Jews, Moravians, and Mennonites populated the nations towns and villages. Dozens of new denominations would emerge over the succeeding years. What allowed people of so many different faiths to forge a nation together?

In this richly told story of ideas, Chris Beneke demonstrates how the United States managed to overcome the religious violence and bigotry that characterized much of early modern Europe and America. The key, Beneke argues, did not lie solely in the protection of religious freedom. Instead, he reveals how American culture was transformed to accommodate the religious differences within it. The expansion of individual rights, the mixing of believers and churches in the same institutions, and the introduction of more civility into public life all played an instrumental role in creating the religious pluralism for which the United States has become renowned. These changes also established important precedents for future civil rights movements in which dignity, as much as equality, would be at stake.

Beyond Toleration is the first book to offer a systematic explanation of how early Americans learned to live with differences in matters of the highest importance to them --and how they found a way to articulate these differences civilly. Today when religious conflicts once again pose a grave danger to democratic experiments across the globe, Beneke's book serves as a timely reminder of how one country moved past toleration and towards religious pluralism.