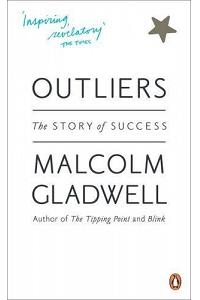 Or   268 PEC Points
Currently Unavailable
If stock becomes available, email me at:

As expected, the receiver love the book. Its really a gift to us

It took me a while to buy this book. Gladwell suggests that it is more than meets the eye; successful people are not only those who have the drive and will to be the best they can be, but successful people are born during the just the right time, giving them more opportunities than they would have if they were born just a year or two later.

It is almost like these people are the product of certain trends that compounds one another and thus is at the tail end of distribution of statistic, hence the term, outliers.

I like Gladwell writing style, which is that Gladwell did not simply formulate and write down his arguments within a day, instead, he put in the time to research the patterns he described, providing the readers with a plethora of statistics to verify his claims with.