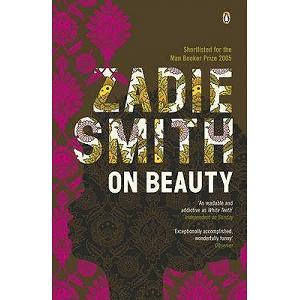 Having hit bestseller lists from the "New York Times" to the "San Francisco Chronicle," this wise, hilarious novel reminds us why Zadie Smith has rocketed to literary stardom. "On Beauty" is the story of an interracial family living in the university town of Wellington, Massachusetts, whose misadventures in the culture wars-on both sides of the Atlantic-serve to skewer everything from family life to political correctness to the combustive collision between the personal and the political. Full of dead-on wit and relentlessly funny, this tour de force confirms Zadie Smith's reputation as a major literary talent.

"A thoroughly original tale . . . wonderfully engaging, wonderfully observed . . . That rare thing: a novel that is as affecting as it is entertaining, as provocative as it is humane."

"A thing of beauty. Oh happy day when a writer as gifted as Zadie Smith fulfills her early promise with a novel as accomplished, substantive and penetrating as "On Beauty.""

"Smith's specialty is her ability to render the new world, in its vibrant multiculturalism, with a kind of dancing, daring joy. . . . Her plots and people sing with life. . . . One of the best of the year, a splendid treat. "

"Short-listed for the 2005] Man Booker Prize, On Beauty is a rollicking satire . . . a tremendously good read."