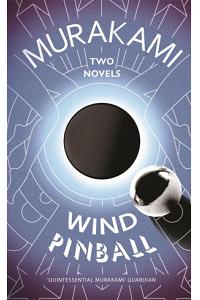 These two books won’t interest reader that doesn’t like Murakami’s later work. These short early works are frequently amusing and often feature sharp insights, but I don't think that they are up to the standard of his major works.

It’s still pretty typical of Murakami’s work, a nameless protagonist with a weakness for jazz, whiskey and enigmatic woman. Cracking wry jokes, he tries to decipher a mystery that spirals into existentialism, science and philosophy. Only this time, there is two novels in the book, instead of one.