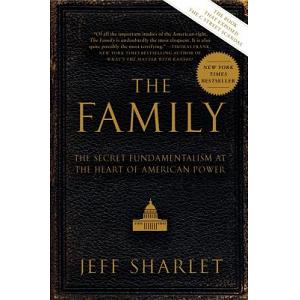 The Family: The Secret Fundamentalism at the Heart of American Power

"Of all the important studies of the American right, The Family is undoubtedly the most eloquent. It is also quite possibly the most terrifying." -- Thomas Frank, New York Times bestselling author of What's the Matter with Kansas?

"A gripping, utterly original narrative about an influential evangelical elite that few Americans even know exists. Jeff Sharlet's fine reporting unveils a group whose history stretches from the corporate foes of the New Deal to the congressional lawmakers who gather each year at the National Prayer Breakfast. The Christian Right will never look the same again." -- Michael Kazin, author of A Godly Hero: The Life of William Jennings Bryan and The Populist Persuasion: An American History

They insist they are just a group of friends, yet they funnel millions of dollars through tax-free corporations. They claim to disdain politics, but congressmen of both parties describe them as the most influential religious organization in Washington. They say they are not Christians, but simply believers.

Behind the scenes at every National Prayer Breakfast since 1953 has been the Family, an elite network dedicated to a religion of power for the powerful. Their goal is "Jesus plus nothing." Their method is backroom diplomacy. The Family is the startling story of how their faith--part free-market fundamentalism, part imperial ambition--has come to be interwoven with the affairs of nations around the world.