-30%
The cover image may be different. 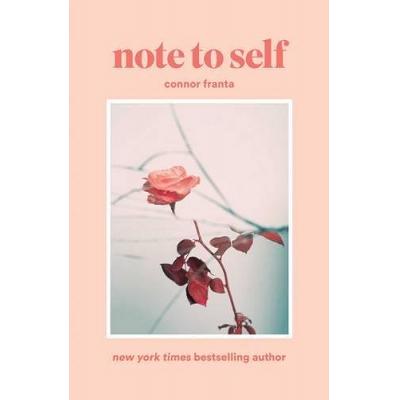 I’m very sorry to say that I disappointed with this book. The first one is genius, and this is like falling off a cliff (for me), sorry. The story is not that interesting. It’s good to see Andy and Emily together, but they deserved more than this boring sequel.

Between 2−3 stars rating, 01 October 2014
Better than the previous book!
By: Heppy Syaputri Dewandani

If you love the Devil Wears Prada, then you better read this one too! This novel is for those who love fashion, romance and whatnot. The plot twist is awesome I couldn't put it down. The point is: I love it!

If you loved the first book, don't read this one. What a lazy, predictable effort... Who knew I could get so irritated at a chick book?? Weisberger reduces the Andy character to a whiny, insecure, pushover and, rather than following through and describing what could have been some great confrontational moments, she brings the characters to the cusp of a huge moment and then *POOF* suddenly skips ahead to weeks or even many months later. Nothing is resolved. The Miranda character pops in and out intermittently to throw in some death looks and bitchy jabs, but the... See More

storyline involving her carries on far longer than necessary. Max and Emily end up behaving exactly as you expect they will, and the ending is so predictable I could have cried. There is only one real "OMG" moment involving one of the women from Andy's new mommy group, and even that ends up disappointing. Overall, this book doesn't come close to measuring up to the originality of the first. Let's just hope the actors from the first movie are smart enough to say no to the sequel. Recommendation: SKIP IT.

It’s not as good as the first one, since The Devil Wears Prada is hilarious, witty and great.

This Revenge Wears Prada still has its funny and interesting moment.

The characters are typical and repetition from the first one. The story feels a bit unnecessary.

But yea, overall, it’s a nice and quick read.

Between 1−2 stars rating, 01 October 2014
Revenge is Not That Sweet
By: Early Antarest

I love Devil Wears Prada. And I was waiting for this book like crazy. When I read the title was " Revenge Wears Prada" i was a little bit confused. Who would do the revenge? I was waiting for Miranda to do the revenge . But Miranda played a little part in this sequel. The story is very empty, nothing special. I used to love Andy, she was funny and weird. but now she was this whinny and drama queen person. And she became everything she hated in the first book.  She becsme very boring character. And the plot was very boring and I can;t stand. i was keep reading it hoping there would be a miracle, but no. No miracle at all. i want the bitchy Miranda, but she was not so... See More

devil here. The firendship between Andy and Emily was so wrong in so many levels. In conclusion  this book didn't meet my expectation at all, Devil Wears Prada is not the best novel, but it was so much better. The originality of the story and the characters were good, but this sequel was really disappointing. I wouldn't rec this book to my friends.
0 Comments
Showing 1 to 5 of 12 (3 Pages)
Are you sure you want to delete this review?
Share your thoughts with other customers:
Write a Customer Review