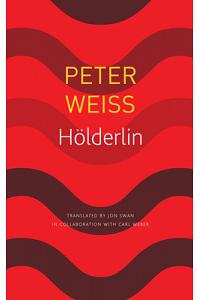 Hölderlin: A Play in Two Acts

Or   440 PEC Points
Currently Unavailable
If stock becomes available, email me at:

The work of German poet Frederich H lderlin (1770-1843) has inspired countless poets and philosophers from Paul Celan to Rainer Maria Rilke to Martin Heidegger and Friedrich Nietzsche. Yet, despite the international renown and respect his hymns and elegies have since earned for their lyric style and innovative approach to Greek myth, his work was not widely celebrated during his lifetime. Diagnosed with a severe case of hypochondria at a young age, he was beset by mental illness for much of his life, living the final decades in the care of a carpenter.

In H lderlin, distinguished German playwright Peter Weiss brings to the page the life and times of one of Germany's greatest poets. Like Trotsky in Exile, H lderlin presents a biography in the form of a two-act drama. Following its opening in 1971 in Stuttgart, the play was staged numerous times in Germany and Switzerland, and as Robert Cohen explains in his introduction, it was "greeted by accolades as well as by intense criticism since Weiss had dared to revise the image of one of the great heroic figures of German Culture." Weiss explains that he was motivated "to describe something of the conflict that arises in a person who suffers to the point of madness from the injustices, the humiliations in his society, who completely supports the revolutionary upheavals, and yet does not find the praxis with which the misery can be remedied."

The resulting dramatic biography is as captivating and divisive today as it was forty years ago, and it has yet to be matched by any other biographic treatment of H lderlin. Presented here for the first time in English, Weiss's play is a lyrical investigation of the intense and influential poems of H lderlin and the turbulent life behind them.